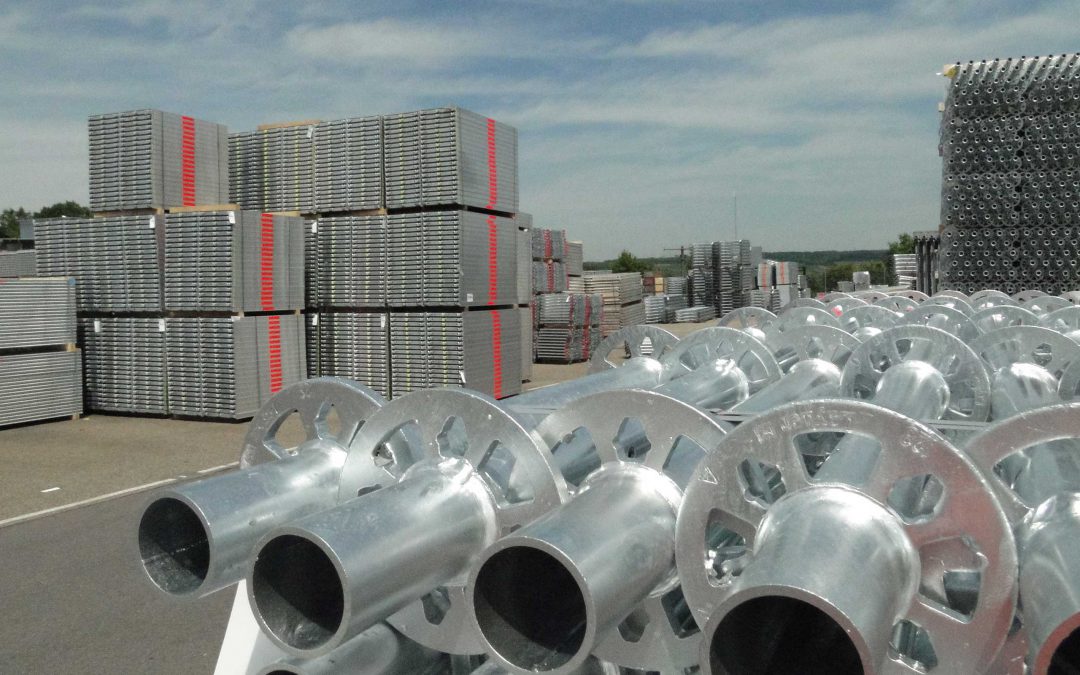 “Our commitment to investment – in terms of manufacturing and worldwide support – has been at the heart of our success and growth in the UK in the past and remains so both now and in the future.”  Sean Pike, Managing Director of Layher Ltd.’s UK office, is clear about the company’s confidence and belief in the future – “despite the current turbulent times.”

Layher’s head office in this country, in Letchworth, is supplemented by a network of regional depots, the latest example now opening its doors in the West Midlands.  “We have always taken the view that our customers’ decision to utilise our modular scaffolding and access and protection systems is not based solely on proven designs, safety and performance, but also on the ability to access a full range of support services at a local level. Our growing depot network demonstrates this with the new facility in West Bromwich adding to our operations in Eggborough near Doncaster, Livingston in Scotland and Dublin in Ireland,” adds Sean Pike.

The company has also made strong investments in its manufacturing facilities near Stuttgart in Germany and, in particular, points to the opening of an additional manufacturing unit alongside a third galvanising shop. These are moves that will strengthen the organisation’s role in the UK – “irrespective of the outcome of the current Brexit negotiations,” continues Sean Pike.

“The UK is a key market for us and the growth that we have been able to achieve, particularly in the last decade, reflects on both the suitability and design innovation of our products and also the accelerating move away from traditional tube and fit scaffold,” adds Georg Layher, Principal Shareholder.  “The efficiency, versatility and safety benefits associated with our systems, and our ongoing belief in using customer feedback to drive innovation, will be as relevant and important in the future – whatever the association between the UK and Europe.  Our belief in continuing success and growth in the UK remains as strong as ever.”

Layher has taken steps to ensure that stockholding and supply obligations are fulfilled in all circumstances while the support available from Germany, both directly and via Letchworth and the satellite depots, will remain unaltered.

“A quick assessment of the type of projects with which we have always been involved in this country – from simple façade installations to projects that achieve genuine global recognition – makes it clear how the advantages of Layher equipment are being widely accepted in all fields.  It is an involvement in the UK of which the company is extremely proud and which its commitment – to customers and ongoing growth – will continue to be clear-cut,” concludes Sean Pike.